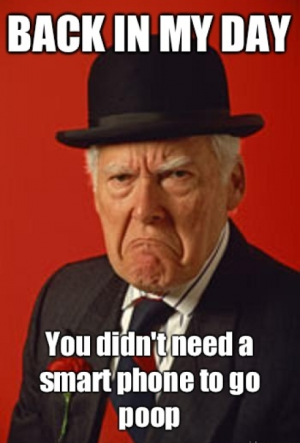 The new leaders of the free world are Generation C. They aren’t an age group, people born between certain arbitrary years such as Generation X or Y, instead it is a mind-set and an attitude. But the really interesting thing is that they don’t know they’re in charge.

The “C” in Generation C stands for many things: curation, community-oriented, connected, creation, computerised, communication and the most important one: content.

Even Google acknowledges that this group exists, synonymously calling them “The YouTube Generation“. They attribute this glossy, if somewhat somewhat proprietary, title to people with a focus on production rather than consumption because they are “YouTube’s core audience”. Elsewhere, Generation C is being acknowledged as a powerful force that can decide the success or failure of commercial and political initiatives. Generation C has replaced the celebrity-endorsement deal.

Did you know there are more voters in the USA born 1980-1995 than all other voters combined? Imagine if they realised what collective political power they had over the systems currently in place which is punishing them for the failures of their forefathers.

The first generation of digital natives

Generation C almost encompasses an age group known as the Millennials – those born between 1984 and 2000 who have no understanding of the world without the Internet, Google, Amazon, smartphones, real-time chat, etc. Forrester estimate that 80% of Millennials embody the attitude of Generation C, but are keen to stress that it really is a mindset not an age group.

Once you start to quantify the attributes of Generation C you begin to see why they are important and realise there is some astonishing human behaviour emerging within this group. Behaviour that is flipping tradition and accepted wisdom on their heads.

Their importance can be seen in the statistics published by Nielsen in 2012 (Nielsen choose to categorise Generation C as 18-34 year olds): 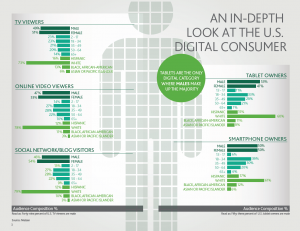 The prevalence of 18-34 year olds using tablets, smartphones, social media, etc. puts them in a position of data-wealth and amazing connectivity. They are opinionated and can share their black-or-white opinions instantly with the rest of the world. They have the same reach as hundred-million-dollar marketing programmes had in the 1990s and many are turning their digital soapboxes into well-cultivated media microbrands. Promoters really promote – they become champions of companies or products – while detractors can be extremely hostile. 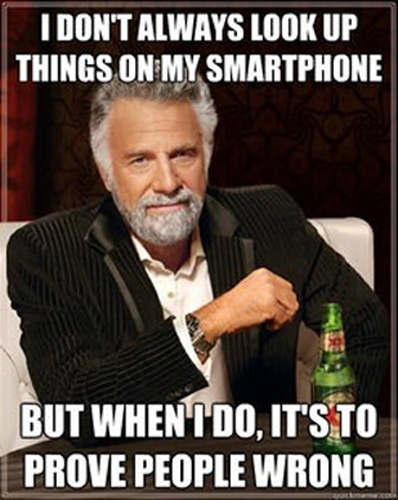 In contrast to other groups, Generation C marketing is natural  not algorithmic. The strength of their message is intuitively and organically linked to the number of people “following” or “liking” them. This natural ranking of people with the right message has resulted in a system built on trust, respect and honesty – lies are identified and eradicated from the system very quickly and publicly. A set of “key people” loosely rule the adhocracy of Generation C through very simple means – typically brief, poignant statements in 140 characters or less or hard-hitting, honest video selfies.

The attributes and expectations of Generation C

Generation C is a self-policing, self-organising hierarchy of people who have a voracious appetite for real-time information, data and media. They are always connected, always plugged in to the “hive mind”. They are realists and materialistic, and the concept of “early adopter” doesn’t exist in their world because they are all exposed to the same information at the same time.

Online, they are used to instant feedback from their peers and constantly seek out “community” in everything they do. This spills into their non-digital lives where they expect the same rules to apply in meetings and discussions. In the real world they self-assemble into two camps of “influencers” and “followers” although the adopted role can flip depending on the context of the meeting.

As I’ve mentioned before, Generation C has high expectations from the technology they interact with. Their devices need to be high resolution, touch-first and adopt a user interface that is practically invisible to allow the sharing and consumption of real-time data to be at the forefront.

The software they use must incorporate a “social” layer – allowing for real-time chat, arbitrary sharing of informal data and meta-process – the “processes around processes”. By including ways of informally sharing information the production, curation and consumption of the formal information systems care about (purchase orders, stock fulfilment requests, for example) can be expedited.

Generation C is typically liberal and the technology and software they use enforces this to some degree – Twitter is a great leveller where the President of the United States or some guy off the streets gets the same abilities and rights. You often find that conservatives are the butt of jokes and ridicule on social media and find it difficult to gain respect and traction.

Generation C and business in 2020 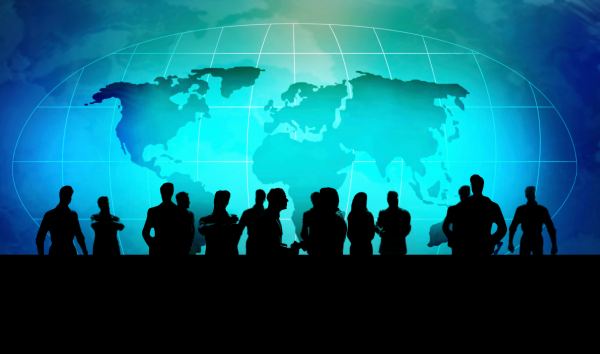 Booz and Co. have produced a great report into Generation C and how the world will look in 2020. They predict that the natural self-organisation of Generation C will rapidly impact traditional business hierarchy and make organisations much more fluid and agile:

As 24/7 connectivity, social networking, and an attitude of personal freedom further permeate the walls of the corporation, corporate life will continue to move away from traditional  hierarchical structures. Instead, workers, mixing business and the personal over the course of the day, will “self-organize” into agile “communities of interest.” By 2020, more than half of employees at large corporations will work in virtual project groups.

This agility will be essential to the survival of businesses as the rate-of-change in almost all industries and sectors will see many not able to keep pace, and failing. Businesses will need to adopt the open and agile mentality of startups – the winning companies will be nothing more than collections of startups that share overheads – premises, technology, HR, payroll, etc.

To close, let’s talk about poverty, food shortages, energy crises and peak oil. Generation C has everything in their power to change the world and fix the shortcomings that decades of greed and corruption has thrust upon so many.

I include Elon Musk in Generation C – he made his billions from selling Paypal, an open service that democratised payments and positively disrupted the bank transaction system. He owns SolarCity, an organisation that is planning on building enormous solar power stations to dramatically reduce our reliance on fossil fuels. By doing that, he will be also negate the need for potentially catastrophic measures of acquiring fossil fuels such as fracking.

Although not ideal, disruptive innovations such as Soylent will fix the fundamental, raw problems of starvation – lack of nutrition. It may not be silver service at the Ritz but “feeding the world” needs to start somewhere. Initiatives like this are only getting the required capital to start because of disruptive funding services like Kickstarter. Advancements in the understanding of how crops can be improved through naturally-sourced fertilisers like polyhalite can enhance yields and provide more food per acre of farmland than ever before.

Google are also fundamentally Generation C and they are using their enormous wealth to bring wifi to deepest Africa to engage them in democratised worldwide content and communication. By changing the hardships of so many in Africa and other developing nations from one-off concerts and monologues by Bob Geldoff and Bono to actual people tweeting their struggles alongside Donald Trump and Lord Alan Sugar having a battle-of-the-billionaires will bring it much closer to home and give those of us with lots of disposable income and easy lives an incentive to stop poverty and hunger for good.