The aviation industry is one plagued with red tape and strict process, and not without good reason. With more than half of all plane crashes caused by pilot error, and the flying public unwilling to fly without pilots in the pointy end, aviation authorities are doing everything they can to turn the cockpit into a robotic, process-driven office.

Believe it or not, the problems that pilots face, and which cause aviation disasters, are often the same issues we face every day at the office. So the ways these have been solved and mitigated are worth a look, whether you’re flying a plane, or flying a desk…

Don’t distract me when I’m busy

Under 10,000-feet, airline pilots must obey a concept known as the “sterile cockpit”; that means they aren’t allowed to discuss anything except the job at hand. Checklists, departure or arrival routes, weather and radio communication with air traffic control, that’s all, nothing extraneous.

And you can tell when you’ve climbed to 10,000ft even as a passenger, it is usually signified by the pilots turning off the landing lights (the bright white lights in the wing roots) and turning off the fasten-safety-belt lights (as weather permits).

Applying this to the office: We all have busy times, I’ve seen several ways of signifying  that you don’t want to be disturbed and just want to get things done. Sometimes small flagpoles on desks can be have status flags hoisted up them, “do not disturb” or “only disturb me if it’s urgent”, for example. Other companies have employed simpler policies, business intelligence (BI) experts BusinessObjects, now part of German megacorp, SAP, uses headphones to indicate disturbability (a word I just made up). No headphones means the door is open. One headphone in means it needs to be pretty important. Both headphones means my head is down and the building had better be on fire…

Be specific when you tell me something

The language used by airline pilots has evolved over decades to become very strict and specific, and not without good reason. The deadliest aircraft accident in history (besides 9/11), where two fully-laden 747 collided on Tenerife’s Los Rodeos airport’s runway in fog in March 1977, has been put down to a misunderstanding of terminology.

Waiting to depart at one end of the runway, a KLM 747’s impatient Captain said on the radio that he was “ready for takeoff”. Meanwhile, a Pan Am 747 was still taxiing on the runway.

Air traffic control acknowledged the KLM’s radio transmission by saying, “OK.”. The KLM aircraft’s Captain took this to mean he was allowed to take-off, and so he set full-throttle and watched his speed tick up on the gauge. Less than a minute later, they collided and 335 people were killed.

Now, the phrase “take-off” is banned except for when an aircraft is finally given their release to fly, ATC will say, “cleared for take-off”. Up until that time, the word “departure” is used, the pilot flying the aircraft will announce that they are “ready for departure”.

Any ambiguity is removed too when it comes to acknowledging a radio transmission. No more “OK” or even “Roger”. Important pieces of information must be read-back to confirm understanding by both the pilot and the air traffic controller.

Applying this to the office: Banning the word “OK” is probably a bridge too far, but being clear and concise in your communication with others is vital. I’ve worked for startups, growth companies and businesses listed on the FTSE 100, and they all share a common problem of inefficient communication. Never be afraid to overcommunicate, just to be sure. Never use the words “that” or “this”, say what you mean, even you’re repeating yourself. And never say “they” or “them”, say who you mean.

Be clear about what I need to do

The introduction of checklists turned complex cockpit tasks into simple to-do- lists. But that wasn’t the end of the story.

When Delta Airlines Flight 1441 crashed on take-off in 1988 because the pilots had forgotten to extend the flaps, the NTSB found that checklists of the time were confusing and, as happened in this case, if the pilot was distracted mid-checklist, it was a chore to go back to where they were and sometimes items were missed (like the flaps!).

Checklists were changed dramatically, they became shorter, so losing your place became less of an issue, the language was made clearer, and, along with the emergence of “Crew Resource Management“, who was to do what is noted unambiguously against each item.

Some items were removed from the checklist and became “memory items”. For example, there is no checklist for when the anti-ice system on a jet engine doesn’t detect any ice and it flags up a warning in the cockpit that the anti-ice probably doesn’t need to be used anymore – the action is a memory item: turn off the damned engine anti-ice.

Other memory items are “sparked” from a particular action. Shortly after take-off, the pilot-flying will stow the speedbrake lever, this is set to “armed” during take-off so that if the take-off is aborted then the speedbrakes on the wings will automatically deploy. This action of stowing the speedbrake is an obvious, deliberate and visible cue that causes the pilot-not-flying (pilots switch on each leg of the flight) to reach for their After-Take-Off Checklist, and begin running through it.

Applying this to the office: Granular workloads, the art of slicing and dicing bigger tasks into manageable chunks, is a technique spreading throughout many industries. Probably starting with the Industrial Revolution, where each task was automated by machines, perfected by the “production line” revolutions from Smith & Wesson and Henry Ford and formalized by the likes of Toyota into well-known project and work management methodologies like Six Sigma, DSDM, SCRUM and Kanban. SCRUM has become a mainstay of software development, which is most of my experience comes from. SCRUM forces you to split things down to bite-sized chunks, but also wraps that process in metaprocess, a sequence of milestones where requirements become better-understood as they are exposed to more and more people.

Visual indications/actions that belie more than just their face value, such as stowing your speedbrake, can be used to simplify the communication and notification channels of a business. For example, turning off the office radio can signify “gather round for an important impromptu meeting”, without having to fuss with sending meeting requests out by email.

Prioritization: It’s all about the slogan

Flying a plane is a complex job, but whether you’re flying a Cessna light aircraft, or a double-decker Airbus A380 airliner, the same basic rules apply:

This is a really scalable slogan regardless of how many passengers you’re carrying, or if it’s just you and your instructor on day 1 of Flight School. 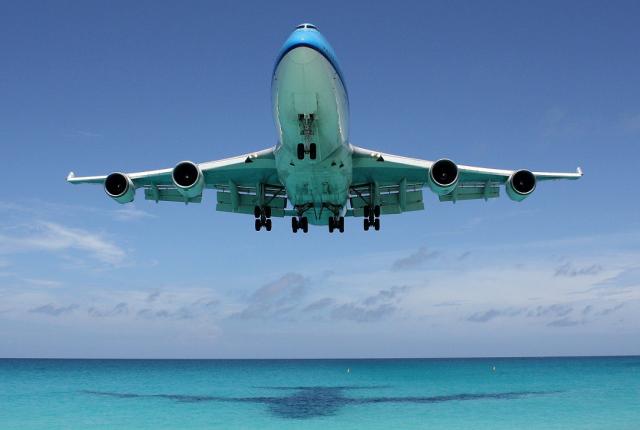 Aviate. Fly the plane first, even in emergency situations. Aircraft have crashed because the pilots have become engrossed in emergency checklists or overwhelmed by warnings. It may surprise you but if an engine catches fire on take-off, and it is still providing thrust, that engine is left running until a safe altitude is reached. And then the fire is dealt with. Aviating first, and dealing with a mountain of errors second is attributed to the safe recovery of the badly crippled QANTAS Flight 32 in 2010.

Navigate. Once the plane is under control, make sure you’re heading the right way. “The right way” may mean different things in different circumstances. If all is well with the aircraft, continue to follow your flight plan. Always, obviously, ensure you’re not flying into a mountain. And in the worst case scenario of total navigation-system failure, there’s always dead-reckoning, and navigating by the starts. Navigation is really important. Boeing 747s were originally designed with ports for sextants so pilots could navigate by the stars in case of system failure and the Jumbo Jet’s original certificate included a fitted sextant. This port is still there, but has been repurposed as a smoke-evacuation port.

Communicate. Keeping in contact is important too, but only once the plane is under control and you’re heading in a safe direction at a safe altitude. In cases of radio failure, aircraft are expected to follow their flight plan, ‘squawk’ a special radio-loss transponder code, and carry on as if all is fine. Air traffic controllers will clear the way for any planes squawking 7600, and as long as the pilots observe any special radio failure procedures at their destination, then all should be well. Via special terms said over the radio, sequences of events can be automatically put into place. “Pan pan” means a situation has emerged requiring urgent help, but that there is no immediate threat to life. The infamous “mayday” is the next step, an emergency has occurred and there is a risk to life.

Communication isn’t all about radio either. As well as the aforementioned transponder codes for radio failure (7600), there are also codes for hijacking (7500) and other emergencies (7700). Typically an aircraft that has declared a mayday or pan-pan will be asked to squawk 7700 so air traffic control can easily identify them.

Applying this to the office: What are you priorities? Write them down, publicize them. Write a charter with 5 things on it that define your business, in priority order. This means your staff can be empowered to understand the intent of the business, to make quick, cheap decisions without always having to gather a committee to achieve consensus. Your charter should be brief, to the point, but it should be clear enough that it scales with the business. “Great product(s), happy customers, healthy cashflow”, that’s not a bad starting point.

The aviation industry is a flagship of safety-driven process that works. In 2014 there were 4,125,000 flights between crashes that wrote off the aircraft, a new record. The next few decades will bring new challenges to the industry, not least of all the emergence of drones and unmanned aerial vehicles, which will be sharing airspace with controlled air traffic. How this industry responds to these challenges will be worth watching, and it will be worth seeing how new techniques and processes can be applied to make our lives easier sat in front of our desks.