Christmas is almost upon us and pretty soon the flood of pictures of Uncle Bob in his reindeer jumper will reach its peak. Photography is a very simple thing, you just point and click, right? And with the proliferation of camera-equipped smartphones and other devices you’d have thought that learning how to take a good photo would solve itself, but it really hasn’t. There are some easy rules about photography which nobody seems to know, so here’s how you take a good photograph…

Most people make the mistake of putting the auto-focus square (which appears in the middle of the screen on digital cameras and smartphones to show where the device is trying to focus) on the person’s face that you’re trying to capture.

A few years ago I loaned a camera from a professional videographer for a project I was working on. I asked for some tips and tricks of the trade and he said something incredibly profound and technical, which has stayed with me ever since. He said, “if you’re taking a picture of a person, make sure their eyes are in the top third of the viewfinder.” And that changed everything.

It’s weird at first, because it feels like you’re taking a picture of someone’s chin, neck or cleavage. But the difference is clear: 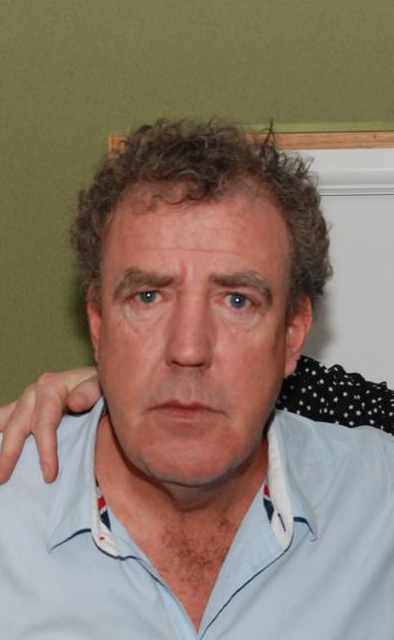 (Apologies for inflicting Jeremy Clarkson’s fizzog on the interwebs.)

You’ll struggle to find a professional picture that doesn’t follow this simple rule. Just search Google images to see. And if you have an auto-focussing camera (like most smartphones have on them), you can choose to focus on the face by tapping the screen! Amazing how many people don’t know that.

Like with the portrait above, most people put the most interesting thing of a landscape in the middle and click the shutter. But if you look at professional photos, it is all about “framing”. Give the viewer’s eye a symphony of details to consume. Consider the viewfinder as the eventual print that you will put some wood around and hang on your wall. And give the eye a “path” to travel along, in other words try and find something at the far left, the centre, and the far right that is of interest. If those points of interest are at different distances from the camera that’s even better – it adds “depth” to the pictures.

If the photographer had simply put the boats in the middle of the photo you’d not have got an appreciation of the scale and the surrounding beauty. The viewer’s eye is immediately attracted to the boat as it has the highest contrast to its surroundings, then the eye is taken across to the cliff and slides down back into the water, to the reef, then back to that boat. And then you start taking in details.

If your photographs have this effect then you’re onto a winner.

The reason why the Paparazzi have those cameras which go click-click-click-click is because not every photo is a winner. In fact 60%+ will be crap. Utter crap.

Always take at least two, but try and take several – you never know when your camera will lose focus or when a bird might drop its lunch halfway through the exposure.

But there is an exception to every rule. The photograph below was one I took while on a business trip. It was 7.55am, two colleagues and I had an appointment at the other side of that bridge at 8am and we were in a mad-crazy dash, but I simply couldn’t miss the opportunity to take a quick snap of the fog with my phone.

Despite the haste and amateur equipment, it came out remarkably well; it has atmosphere, depth and the deck of the road bridge provides a nice line for the viewer’s eye to travel along.

It also looks black-and-white, although once your eye starts to look it properly you can start discerning rainbows of oil-slicks in the water and the red, white and blue of Old Glory on the top of the bridge.

This took absolutely no skill, and yet (although it’s far from perfect) I’m quite happy with the way it turned out. However, don’t be lulled into a false sense that it’s always this easy.

How to Take a Good Photo

Anyone I know will gladly tell you that I take photographs of everything. This is because a good photo takes a lot of effort and also a lot of luck. Let’s run down those rules: