I was all set to write an apology to tech mega-giant, Google. Even though my AdSense woes are still unanswered, there are aspects of the Google operation which really excites me. Self-driving cars is important and they’ve put nearly a billion dollars into renewable energy. In fact, they say they want to run their entire business on renewables; considering they constantly consume over quarter of a billion watts of energy that is a big statement. To put that into perspective, a nuclear power plant will output a billion watts of power…

Once Google+ has a half-decent API it will become an immensely powerful platform for developers to hook into that even Facebook will struggle to compete with and Android is the most exciting mobile operating system out there today.

But the reason that this isn’t the apology I had originally intended was because Google dropped yet another clusterfuck of incompetence this week.

This week, Google revamped the look and feel of its Facebook rival, Google+. From the photos I saw flowing through my RSS reader (yes, sometimes I still live in 2004) and Twitter it looked GREAT! Everything a modern web application should look like. I love the menu down the left hand side, the way it is grayscale until you mouse-over or select an item, and then it becomes colourful and you get an arrow indicating without any ambiguity that the content is coming from this chosen app. It is neat.

However, the first thing that I’ve noticed about the new design is just how FREAKIN’ BUSY the whole user interface (UI) is. I’ve taken a vertical slice of the home page, below, just look at how many horizontal lines there are in this picture. Some are solid, some are dotted, some have shadows, some don’t, some have white on either side, and some separate grey from white. There are six (count them, SIX!) different types of font in there too. There are different font sizes, colours, upper-case and not. It’s actually tiring to look at:

That is unforgiveable. Google is one of the richest companies in the world and their speciality is supposed to be The Internet. They have redesigned their mostly-unloved social network a mere 7 months after launch, something that gets Facebook into lots of trouble with its users every time they do it.

They should follow the KISS principle: Keep It Simple, Stupid.

Software should be written for the lowest common denominator. Facebook isn’t complicated to use, that’s why it is popular. It is so frictionless. To a user experience (UX) specialist, or a software designer, or anybody with some stylistic flair, Facebook looks shit. The only “brand” that is present is that little blue bar across the top. The rest is just links, little pictures, and lists of information or activity. But it works. It works to such effect that it has a monthly userbase of over 800 million people.

That is DOUBLE the userbase of Windows 7.

The worst thing about the Google+ revamp is that it simply doesn’t work. People don’t have 800-pixel wide screens anymore, so when I use a normal, domestic widescreen monitor how come I end up with 50% of the screen showing me NOTHING at all?

One wise person realised it was the perfect place to store their streaky rashers:

It’s daft. And I don’t mean the bacon. 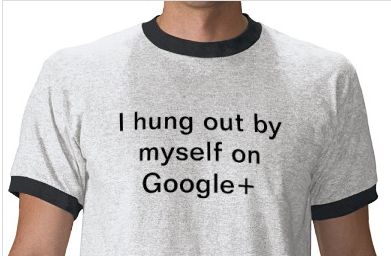 Facebook are very strict about their user counts. When they say “active user” they mean somebody who has actually signed into Facebook in their browser or on their mobile device. Simples.

When they say they had 845 million ACTIVE users in December 2011,  80% of their US userbase logs in daily and 483 million people log in each day I tend to believe them. They are backed up by staggering independent stats too from places like SocialBakers:

Now let’s look at what Google are claiming about Google+.

For me, the important difference between Google (who I distrust intensely and find incredibly creepy) and Facebook (who I am neutral towards) is this:

Google makes it clear that Google+ is designed to make their search results, and thus their adverts more relevant. Facebook makes it clear that they only care about a fantastic social experience and their adverts (which you can turn off or complain about, or give feedback on, and control quite a lot) are a necessary evil for keeping Facebook going.

The tone between those attitudes is significant.

Everybody loved Google when their adverts were the necessary evil to keep their best-in-the-world search engine going. But now that they seem more focussed on profits than product everybody hates them.

My biggest concern is what happens if Facebook switches their focus to the bottom line? Post-IPO (which is set to happen in the coming weeks), they may be obliged to do so. What happens to our data then??

I went to a Microsoft event a few years back and I got talking with a Windows Vista evangelist (possibly the toughest job in the world!) about the certification process for new software that would give publishers the right to put a “Certified for Vista” gold star on their boxes. He said something like, “to be honest we’ll certify anything, because the market will get rid of all the bad products for us.” Market forces certainly seem to be at work here to the detriment of G+. In March 2012, Comscore said that Google Plus users only spend 3.3 minutes per month on the site, compared to 7.5 hours per month on Facebook. 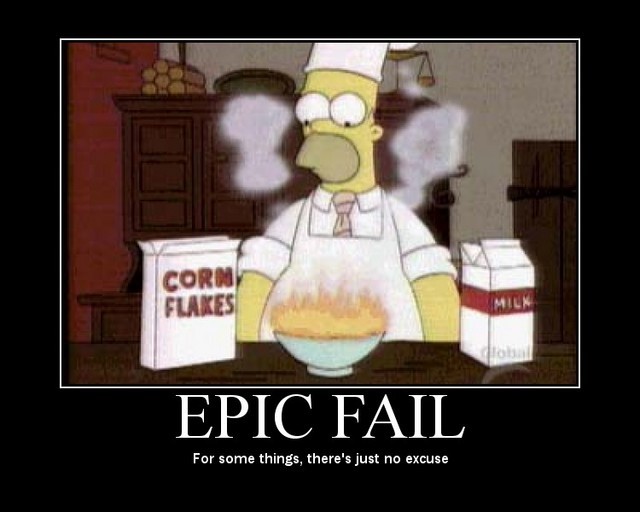 Every year Google hosts a developer conference called “IO”. It is damned popular and some of the most innovative stuff in the universe has come from it. Remember Wave? I loved Wave. That was Google ingenuity at its best. Pure Internet technology pushed to its limits in a new, revolutionary and (most importantly) really useful way.

Tickets cost $900 but delegates get loads of brand new hardware (last year they got Samsung’s 10.1″ Galaxy Tab tablet and a Chromebook) and deep-dive software previews and coding session that give them a headstart on their competition.

This year the tickets for IO sold out in 20 minutes, but Google started a competition called Code Jam to offer 100 more tickets to good coders. Very generous.

Coders had to code solutions for four problems posed by Google. However, people ran into problems almost immediately. The first problem would only accept incorrect answers. Anybody with the right solution would be turned away. Many, who had stayed up all night to enter the competition, gave up after this first hurdle. Those who had done a shoddy job of coding and came up with the wrong answer were allowed to proceed and ended up being offered the tickets.

Totally unfair, and proves how seriously Google takes its Quality Assurance processes. Maybe that explains the Buzz fiasco too…

Google have relented and say all developers who entered, regardless of their success, will be offered the chance to buy tickets to IO.

While the Google IO Code Jam Google+ page is full of initial spite and subsequent praise of Google for their “generosity”, it is very difficult to see what other options were available to Google over this unfortunate event.

The real irony is that Google cocked up verification code of a competition which looked down its nose at cocked up code.